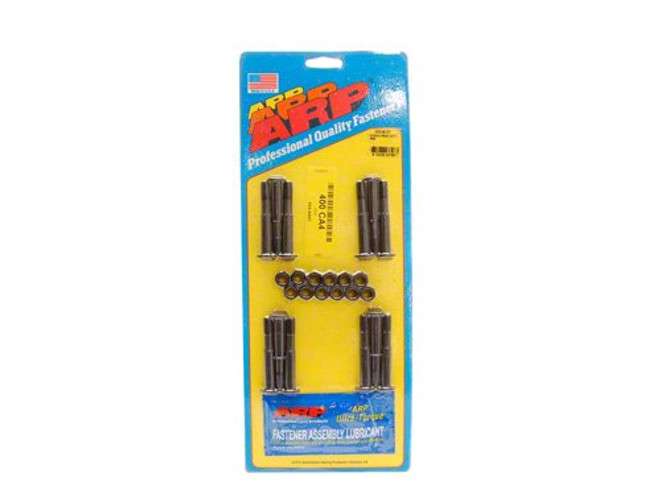 A large number of connecting rod manufacturers have chosen ARP bolts as standard equipment. They're proud to advertise their products as being equipped with ARP rod bolts. And for good reason. The weak link in a connecting rod has always been the bolt, and racers know that nobody builds a better bolt than ARP. However, it is critically important to monitor the stretch of each bolt and replace it when it has permanently elongated by .0005. Below you will find an extensive listing of aftermarket connecting rods and replacement bolt specifications.

You should also know that ARP rod bolts are superior to those from other manufacturers. Especially in the area of fatigue strength. Testing has shown ARP rod bolts to have ten times the fatigue strength of other bolts. In the chart below, you'll find a bar chart that graphically shows the difference between ARP Pro Series rod bolts and the fastener made by a leading competitor. It's easy to see why ARP bolts are superior. As such, it makes good sense to rely on ARP for optimum connecting rod service and reliability. Make the most of your racing budget and rely on ARP rod bolts. You'll find the ARP name proudly stamped on each bolt as your assurance of quality.