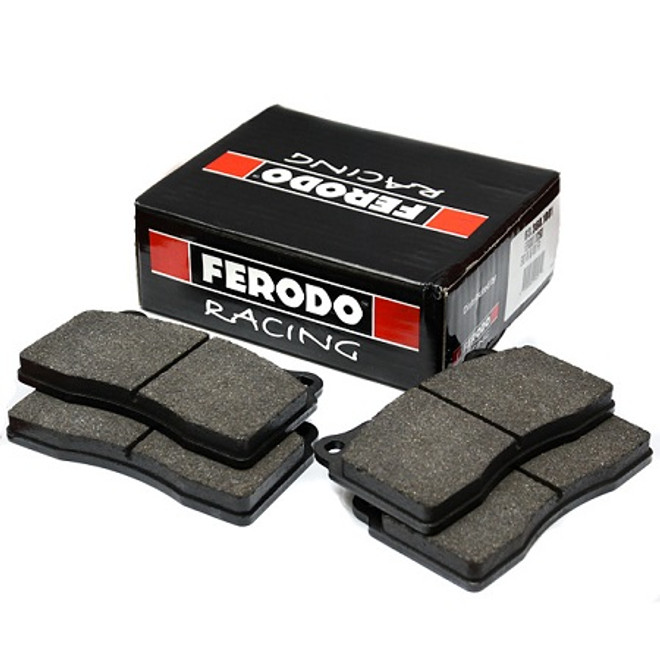 The DS2500  is currently the best hybrid track/street pad on the market.   It features the moderately high bite and solid fade resistance of a track pad, with the relatively low dust and noise levels of a street pad.  When used as a street pad, it can produce some squeal on certain vehicle platforms.  During aggressive driving the DS2500 is known for its flat torque curve, which means as temperatures go up, the response through the brake pedal remains consistent.  If you drive aggressively on the street, do some canyon runs, autoX, and maybe some light track duty on street tires, the DS2500 is tough to beat.

When Carbotech™ unleashed the XP10™ to the general public it was an instant success. XP10™ immediately gathered multiple regional, divisional, and national championships. The...

Carbotech™ XP12™ Another highly successful XP™ series compound with an excellent initial bite, torque and fade resistance over and above the XP10™ compound. XP12™ has...

DS3000  is one of the most decorated race pads in the global motorsports market, having won in diverse venues from rally to open wheel cars.   The DS3000 has high bite and good fade...

The DS1.11 is one of Ferodo's latest race pad offerings.  It is an endurance compound designed for extended heavy use on the track.  The DS1.11 is known for its extremely flat torque curve,...