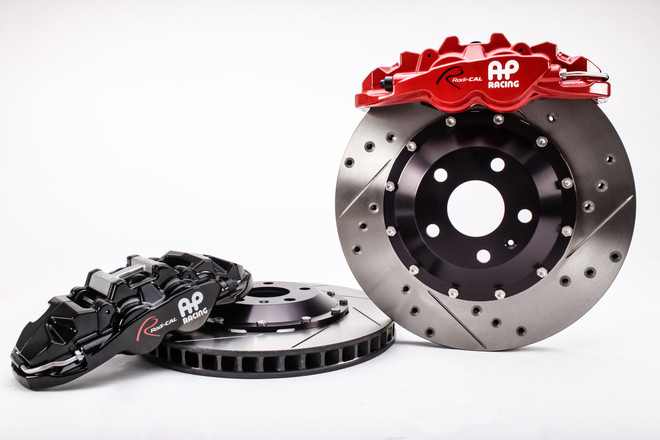 AP Racing Radi-CAL big brake kits are the epitome of the "Race on Sunday, Sell on Monday" mentality. In an era of motorsports that sees very little technology making its way to street vehicles, AP Racing has decided to re-write the history books and bring that famous saying back.

After 7 years of success in racing series' such as Formula One, NASCAR, WRC, Formula GP2, Indy, ALMS, Le Mans, and many more, AP Racing decided to bring the World Radi-CAL calipers to the masses. The history behind their Radi-CAL caliper is very interesting. In 2005, they took their latest CAD software and combined it with their latest FEA (finite element analysis) software, and decided to forget everything they knew about them. Their goal was to develop the lightest, strongest, most efficient caliper line possible. The end result is the World Radi-CAL.