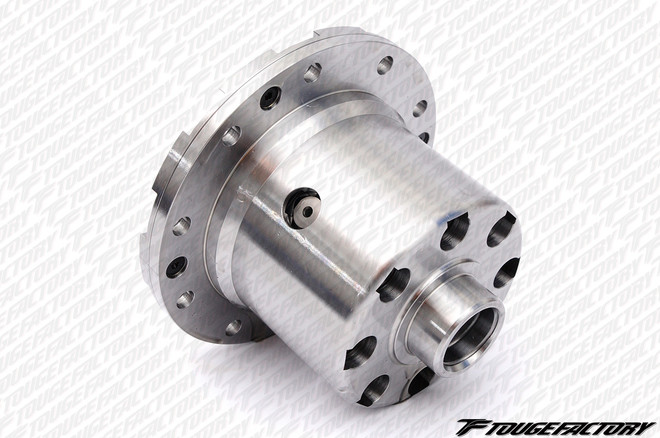 Favored especially in drifting, a 2.0-way LSD delivers the same lockup characteristics under both acceleration and deceleration. Although this setup isn’t forgiving for street driving, it is preferred for drifting as it eases the car’s ability to break traction under braking.

A 1.5-way limited-slip differential is the most common LSD upgrade option in performance and race cars. It is referred to as a 1.5-way because it functions under acceleration and to a lesser extent under deceleration. It provides differential locking characteristics under acceleration, maximizing power distribution to the wheels that need it most. Under deceleration, the 1.5-way LSD engages to assist in braking stability and smoother turn-in.

Most factory differentials are open, which means power is sent to the wheel that has the least resistance. It allows the wheels to turn at different rates such as in a turn, but it is also inefficient in power delivery. It causes single-wheel burnouts when you launch and unwanted wheel spin when you accelerate out of a corner.

Kaaz limited-slip differentials solve the problems associated with factory equipment. Kaaz products are built and tuned to deliver higher strength, more traction, and greater stability. The result is quicker lap times and improved handling characteristics with the car under your control in a performance setting.

Nissan OEM Differential Cover Gasket. Some aftermarket companies do not include the differential cover gasket.it is highly recommended to replace the old gasket with a new one each time you remove...

Competition vehicles demand the up most from your differential and at times can push this  component beyond it's boundaries. The KAAZ Limited Slip Differential is precision engineered to endure...

OEM Nissan S13/S14 Rear differential bearing. Recommended to replace once diff is off of vehicle. Price is per side - 2 will be needed