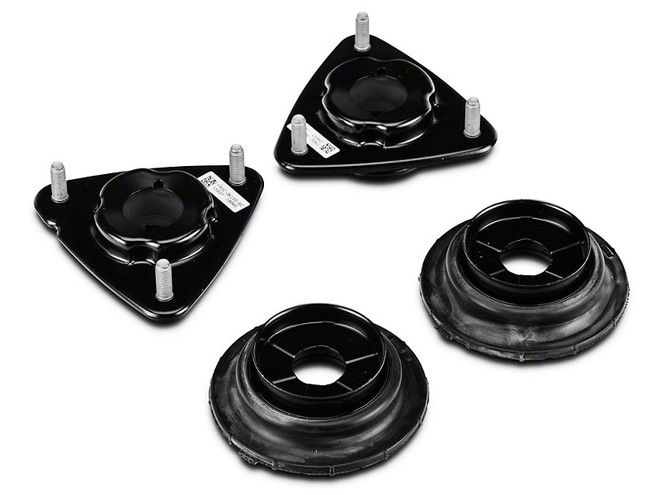 Improves Handling. If you're front strut mounts are making unhealthy noises and you are experiencing a rougher ride, it may be time to replace them with a brand new set of Ford Racing Strut Mounts. These front struts mounts are the same ones featured as standard equipment on 2015 Performance Pack GTs and all 2016-2018 Mustangs. They have an increased bushing durometer, when compared to 2015 base models, making them an ideal upgrade replacement.

Ford Racing Quality. When adding performance suspension parts to your Pony, trust the folks that know it best to provide top quality components that are made to out perform and out last the competition. These Front Strut Mounts are the same ones used in Ford Racing Handling Packages.

Application. This pair of Ford Racing Strut Mounts are a direct fit service replacement for all 2015 to 2018 Mustangs including the V6, EcoBoost, GT and Shelby GT350 models.

DS2500 Although we always recommend using a dedicated race pad for the track, the DS2500 is one of the best hybrid street/track pads on the market. It features the moderately high bite and solid...

DSUNO Ferodo Racing has made great strides in pad development over the past few years, and DSUNO is their latest offering. For our customers who enjoy the performance of the DS1.11, but just want a...